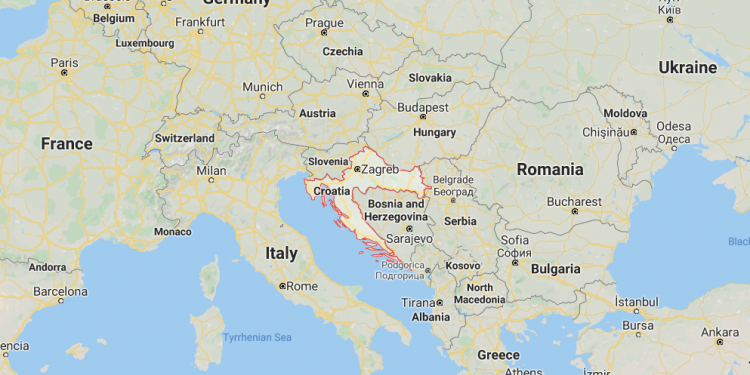 Croatia has a coalition government led by the right-wing Croatian Democratic Union (HDZ), with Andrej Plenković as Prime Minister. Parliamentary elections must be held on or before 23 December 2020, although there is a strong possibility of elections in the summer. A new President, former Social Democratic Party Prime Minister Zoran Milanović, was elected on 5 January 2020 and took up office on 18 February 2020.

A National Civil Protection Authority (stožer) led by the Minister of the Interior is in overall, day to day, control of managing the crisis, with the Government consulting with Parliament that continues to meet. Concerns regarding the misuse of power by the Authority, including the use of mobile phones to track people without their permission, have sometimes been raised but these have, thus far, largely proved unfounded.

As of 12 March 2020, travelers entering Croatia from a list of COVID-19 affected territories are required to enter a period of 14 days self-isolation or quarantine and report daily to the health authorities. Croatia entered a period of lockdown on 19 March 2020 with travel across the country limited with all but essential workers told to remain at home, with education facilities closing. A significant earthquake that hit the Croatian capital Zagreb on 22 March 2020, complicated further efforts to counter the spread of the virus.

In the context of declining numbers of cases, the Government announced on 23 April 2020 an easing of measures restricting movement in three phases, subject to the overall epidemiological picture:

Phase 1, 27 April 2020: opening of shops and services, including libraries, museums and bookshops, excluding shopping centres and enterprises that require close contact with clients; opening up of some public transport routes.

Phase 2, 4 May 2020: restoration of public and private health care facilities, and opening of close contact services, including hairdressers and cosmetic salons.

Phase 3, 11 May 2020: gatherings of up to 10 people allowed, subject to physical distancing, reopening of kindergartens and primary schools for grades 1 to 4, as well as laboratory classes for students in small groups, relaunching of inter-city bus routes and domestic air traffic, reopening of hospitality facilities offering services outside.

The Government has passed a series of measures aimed to preserve employment in sectors of the economy hardest hit by the COVID-19 crisis, including the hospitality, food and beverage industries; transportation and logistics, labour-intensive manufacturing sectors; those employers unable to carry out their activities as a result of decisions by the Civil Protection Authority; and any other employers able to prove significant impacts on their businesses due to the COVID-19 crisis. The measures, to be paid to employers, include grants to cover retention of employees unable to work at the level of the minimum net wage for March 2020, raised to 4,000 HRK (approximately Euro 530, the threshold for untaxable income) for April and May 2020. In addition, schemes of tax relief, deferment and payment by instalments by agreement have been put in place. . Employers must prove a decrease of revenue, cancellation of contracts, inability to deliver finished products or inability of ordering raw materials.

Employers who shed staff between 1 March 2020 and 20 March 2020 are eligible to apply for a Job Preservation Grant if they re-employ these workers. However, between 20 March 2020 and the date of submitting a claim, employers must not have terminated the employment of more that 40% of employees (for micro enterprises with less than 10 employees), 20% for small enterprises; 15% (for medium enterprises) and 10% (for large enterprises). All pre-existing schemes for boosting employment, are temporarily suspended, including the payment of financial compensation for meeting quotas for employing persons with disabilities, although such persons will receive the minimum wage. In addition, financial assistance for employing seasonal workers have been extended.

Support has also been offered for artists and cultural workers who work on an honorary basis with some 770 such artists eligible to receive payments of either 1,625 HRK or 3,250 HRK for up to three months from 15 March to 15 June as a result of loss of income.

There have been concerns expressed at the complicated procedures and large amount of supporting documents needed whilst, at the same time, there are insufficient guarantees that all funds received will be used to compensate employees and, in any case, the scheme seems designed to offer greatest support to larger employers and to compensate workers with permanent contracts within the formal economy who may not be those most at risk during the crisis.

In its monthly bulletin, the Croatian Employment Bureau stated that, by 9 April 2020, a total of 95,845 applications, covering 563,939 workers, had been received for payments under the scheme. This represents a little over a third of the total number of people in formal employment in Croatia.

The main measures here are also focused on employers rather than on workers or on those at risk of poverty and social exclusion and relate to the possibility of delaying pension insurance contributions to the first and second pension pillars for three months with a possible extension for a further three months, with state loans to the relevant pension funds to compensate for any shortfalls.

Following a large number of cases within the institutional care system, particularly in homes for older people, the Civil Protection Authority announced on 16 April 2020 the formation of inspection teams for all social care institutions to ensure all standards of care are being met.

Croatia has faced no shortage of equipment, supplies or capacity nationally or regionally. A number of hospitals, including regional centres, have been devoted to COVID-19 patients but additional makeshift facilities that were constructed in late March 2020 have not, thus far, been needed. New orders for the organization of work of medical personnel and their working hours were issued on 14 March 2020.  A number of routine medical procedures for non-COVID-19 patients have been cancelled. Figures from 22 April 2020 show rather low numbers of tests for COVID-19 in Croatia compared to the rest of the EU, at 27,614.

Employer health insurance contributions, like pension contributions, can be suspended for three months with the possibility of a three-month extension. Otherwise, no changes have been made to eligibility for healthcare.

Croatia has succeeded in preventing large numbers of COVID-19 cases overwhelming its healthcare system. Measures restricting movement were implemented early and are now being relaxed in phases. The major focus has been on maintaining economic and financial stability and compensating for temporary loss of work through subsidies. There are indications that Croatia is pushing at the EU level for safe corridors to ensure that revenue from summer tourism is not lost completely.

At the same time, there has been no attention to the rights of essential workers or those in the informal sector. Inadequate precautions were taken in a number of care homes where heads appear to have been chosen because of their political affiliations rather than competences. There has been no attention to the needs of especially vulnerable groups including refugees, migrants and asylum seekers, prisoners, those in institutional care, people with disabilities, or women facing violence in the home.

The Catholic Church appears to have been favoured in terms of exceptions to movement restrictions, and masses will be allowed to resume in early May. In addition, a temporary ban on Sunday trading, a long-term policy goal of the Church, has also been introduced. The ruling party appears likely to call a Parliamentary election in July 2020 before any second wave of infections and before the main social and economic consequences of the crisis become visible.