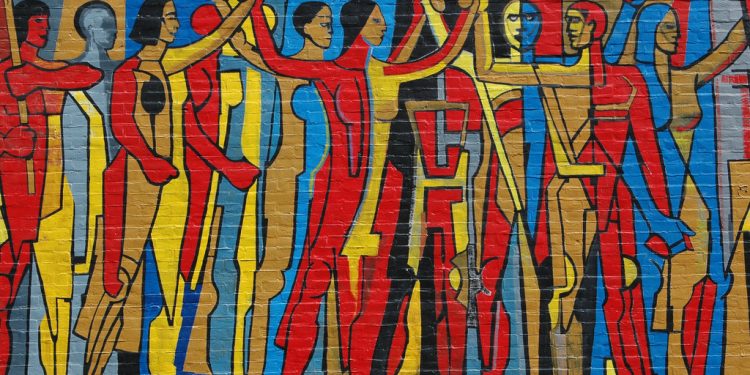 We are thankful to all of you who sent us messages so far in response to our Call for International Solidarity with the upcoming protest against violence against women which will take place on Monday, the 26th of November 2018 in Sofia. Your support has made it easier for us to continue our efforts here on the ground. They tell us that our fight is a shared concern of many people, not just in Bulgaria,  and we have to continue it.

We stand in solidarity with all of you!

“I stand with you as you stand for your rights.”

“I stand with you! What you are doing has effects not only in Bulgaria, but all over the world.

“Hello women of Bulgaria. We stand with you in solidarity here at the f school, the first online school for feminism. We hope that you continue to fight and stand strong for women’s rights for all women in Bulgaria. Just like you we are part of a global movement to educate women about feminist topics, so feel free to get in touch if there’s more that we can do for you.

In the meantime stay strong and we appreciate the work that you do to advance women’s lives in Bulgaria and beyond.

Co-Founder of the f school”

“Comrades, It is with great sadness but unfortunately not surprise that we have heard about your struggles against rising patriarchal violence in your homes. As a man who has family and friends in Bulgaria and other countries, I know this problem is global. Patriarchal violence is part of a web of power and control men exert over those they think are weaker than themselves and Bulgaria is not exceptional in this regard. This is common everywhere in the world where neoliberal capitalism and patriarchy combine to force people into compliance with hierarchical power relations, not because men are inherently violent, but because capitalist oligarchs, politicians and generals in Berlin and Moscow to Sofia would rather that men are loyal to those above them than those who love and depend on them in their families and communities. They ensure this loyalty by removing all consequences to domestic and sexual violence for working class men, and by removing all protection outside of the patriarchal family for working class women. This creates a sense of fear in women that they must remain loyal to the men in their lives regardless of how violent or predatory these men treat those around them. It also creates a sense of fear and emotional isolation in working class men who know they cannot risk emotional attachment to anyone, and must obey those above them or else lose the one thing that others depend on them for, their economic value as wage laborers.

To the women and victims of patriarchal violence in Bulgaria, we know that your cause is just, that we can live in a world where men respect the rights of others to be free from violence and intimidation. Also we know that regardless of the law, no change in conditions will happen until you rise up together to put pressure against those who would enforce the law, and against the men who perpetrate or tolerate violence against women and children. Nothing changes in the world without the hard work and dedication of women, and the world will tremble at your voices when you come together as one to demand justice.

“In solidarity with the women from Bulgaria, I protest your lobby actions against the social rights of women. Together with them, I demand that you withdraw your demand to lower both the period and amount of pay for maternity leave, and apologize to the working people in Bulgaria!”

“Sending love and support from Canada. We see you, and you’re not alone. We support you as you follow in your mothers and grandmothers footsteps and fight to take the rights that are yours. No more gender based violence, whether sexual, physical, or economical! Solidarity!”

I am so proud of you for standing up to misogyny and discrimination in Bulgaria, you are so brave and strong.

We believe in you and support you 100% and I want to help in any way that I can.

“Dear friends who are holding a torch,

All over the world women are voicing their anger, their pain and their solidarity with each other in standing together against the tide of racial, religious and gender-based hatred sweeping digital platforms and infecting communities everywhere. Donna Zuckerberg’s analysis of the manospehere demonstrates how extreme misogyny is chewing at the edges of mainstream websites with its messages of hate, objectification and abuse of girls and women.

In Australia there have been 55 deaths of women killed by their partners or men known to them this year so far. For years  women (and sometimes children too) have died at the hands of their partners. World Health Organisation figures show 1 in 3 women in the world have experienced physical or sexual violence mostly by an intimate partner. Such ‘private’ violence is reinforced and mandated by public discrimination against women – against their labour rights, their career rights and their reproductive rights. Ninety per cent of current casualties of armed conflict are civilians  – the majority of whom are women and children (https://www.un.org/pga/70/wp-content/uploads/sites/10/2016/01/Conflict-and-violence-in-the-21st-century-Current-trends-as-observed-in-empirical-research-and-statistics-Mr.-Alexandre-Marc-Chief-Specialist-Fragility-Conflict-and-Violence-World-Bank-Group.pdf).

If women in comparatively wealthy countries do not make a stand and progress the rights they have what possible hope have women in poorer countries where political regimes feed off the control and abuse of women. The ‘MeToo’ movement has given voice to many women who have previously remained silent but there are millions of voices that remain silenced.

“Warm wishes of support from Budapest/the world for your day of action and demos on the 26.

“We – women of Lithuania – stand with you in this struggle, which is our common struggle! And one day we will win!”

“I am writing this from the United States of America. I recently learned about the problems women are having with the Bulgarian government and corporations trying to roll back protections for women, and not enforcing existing protections, and I am horrified. Women are critical members of society and they should be protected and given time to bond with their children. I hope the government turns around and recognizes how important it is to care for women.

You are not alone!

I’d like to express support to all my sisters in Bulgaria. Women should not be second class citizens in any society – complete gender equality is the only acceptable option, without compromise. Thank you for standing up for the right thing. May all patriarchal structures burn in hell.

Title image: ‘Hands in Solidarity’, Hands of Freedom mural on the side of the United Electrical Workers trade union building on West Monroe Street at Ashland Avenue in Chicago, Illinois. Source.